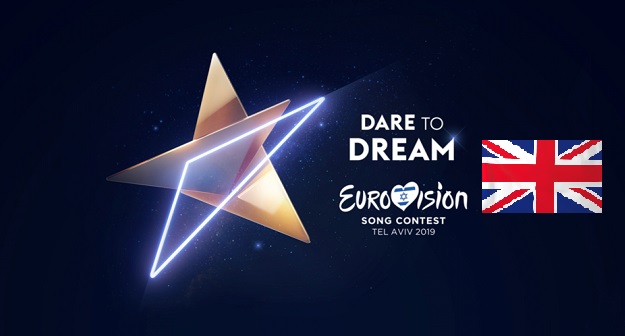 Hello and welcome to another article on The Blogging DJ, where we will continue to look in-depth at each of the forty-one acts competing in the Eurovision Song Contest 2019. We have reached the end of this preview series so we are off to London, to look at what the United Kingdom have brought to the table. This year they are represented by Michael Rice and “Bigger Than Us”, but will this be a bigger success for a country on a poor run of form?

For 2019 the EBU broadcaster for the United Kingdom, the BBC, continued with the national final Eurovision: You Decide. This year marked a change in the format of the show, with the number of entered songs halved from six to three. The six artists would face off head-to-head, performing the same song in a different musical genre. The open submission period was announced by the BBC on the 19th of September 2018, closing on the 26th of October. The songs performed in the national final were selected with the assist of an international jury, rather than a panel of industry experts. The six entries were revealed on the 23rd of January. In You Decide, Michael Rice was victorious in his head-to-head against Holly Tandy to perform “Bigger Than Us”, before he beat two other entries in a combination of jury and televote to win the ticket to Tel Aviv. As a member of the ‘Big Five’, the United Kingdom automatically qualifies for the Grand Final.

When I reviewed this song as part of my preview of Eurovision: You Decide, I was left decidedly underwhelmed by the lack of ambition in the entry as a whole. A lot of my fears were answered when Michael Rice completely outperformed the song’s potential and was a deserved winner in the national final. A lovely music video has dropped in the last week as well, which is good to see. But what does annoy me slightly (as a Brit) is that the artists in recent times seem to be so much better than their songs. This is an improvement on “Storm” and in terms of memorability, “Never Give Up on You”, but it is not completely surprising that its writer, the Swedish representative John Lundvik, chose his other entry over this. It is decent enough and Rice’s live singing is the best part of it, but compared to a few English language entries this year, it feels a bit basic. 7

According to Oddschecker, you can currently (as of 27/04/19) get odds ranging from 50/1 up to 150/1 on the United Kingdom winning the Eurovision Song Contest 2019. This suggests that bookmakers see this entry as making no real impression on the leaderboard in the Grand Final.

The United Kingdom have competed in the Eurovision Song Contest on an impressive sixty-one occasions since making their debut in 1957. They have won the contest five times, thanks to Sandie Shaw (1967), Lulu (1969), Brotherhood of Man (1976), Bucks Fizz (1981) and Katrina & the Waves (1997). What is maybe more impressive is that they have finished as the runner-up a record-breaking fifteen occasions. However, since the introduction of the semi-finals, the UK has consistently been towards the bottom of the leaderboard; SuRie’s twenty-fourth place last year was the ninth time the country have been outside the top twenty since 2003.

So what do you make of the United Kingdom’s entry for Eurovision 2019? Will it be a bigger success or will it get swamped by bigger entries in the Grand Final? Let me know your thoughts in the comments section below. This marks the last article in the Eurovision 2019 country preview but don’t fret; there are still many more articles planned in the weeks leading up to the contest!