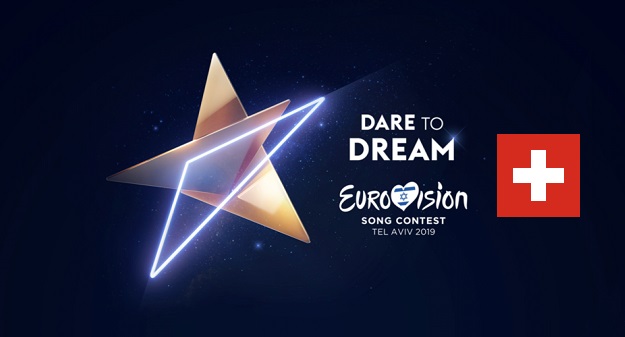 Hello everyone and welcome to another Eurovision article on The Blogging DJ. Today we will be continuing to look in-depth at each of the forty-one entries competing in this year’s song contest. We have only two countries left to analyse so we are off to Bern, to focus on the Swiss entry, Luca Hänni and his song “She Got Me”.

After eight years of organising a national final called Die Grosse Entscheidungsshow to select their entry for Eurovision, the Swiss broadcaster SRG SSR chose to internally pick their act and song for 2019. After closing the submission window on October 1st 2018, two separate panels, one containing one hundred members of the public and the other forming an international jury of music experts, listened to all of the songs and rated them. The French, Italian and German broadcasters were also invited to enter wildcard entries. On the 8th of March 2019 Luca Hänni, a former winner of the German version of Pop Idol, was announced as the Swiss act with “She Got Me”. It has also been announced that Switzerland will perform relatively early on in semi-final two, in position number four.

If Eurovision was based solely on the studio cut of the song, then this would definitely challenge for victory. “She Got Me” is very commercial and current, with catchy lyrics and a positive and strong beat. Out of all of the up tempo dance tracks this year, this one seems the most influenced by Cyprus’s success last year with the live version of “Fuego”. Except, where Eleni was a very strong performer and singer, looking at the current live performances, Luca is struggling to replicate the strength live. There will need to be quite a bit of vocal backup and some original choreography to get this song to finish near the top. But it is still a very good studio cut and probably one I will listen to on repeat. 8

According to Oddschecker, you can currently get odds ranging from 7/1 up to 10/1 on Switzerland winning the Eurovision Song Contest 2019. Whilst this has dropped slightly since it was performed live, it suggests that this entry is right in the hunt for victory and will almost certainly get their best result in many years.

Switzerland have competed in the Eurovision Song Contest on an impressive fifty-eight occasions since debuting in the first ever contest in 1956, performing for the Grand Final in forty-eight of those years. They have won the contest twice, with Lys Assia entering the history books, with “Refrain” becoming the first ever winner of the contest. They also won in 1988 thanks to a certain Celine Dion, and her song “Ne partez pas sans moi”. Recently they have struggled with the introduction of the semi-finals, only qualifying twice in the past twelve years. ZiBBZ brought a good live performance last year but only finished in thirteenth place in their semi-final.

So what do you make of the Swiss entry for Eurovision 2019? Can Luca get the country’s best result in a long time? Let me know your thoughts in the comments section below and don’t forget to subscribe to get notified when new articles are published. There is only one country left to preview and that is the United Kingdom; stay tuned for that!