It’s that time of year again people, when the extravagant circus that is the Eurovision Song Contest flies onto televisions across Europe and beyond. This year the contest will be held in Lisbon, following Portugal’s first ever win at the contest with Salvador Sobral and “Amar Pelos Dois”. The 2018 edition sees forty-three countries, a joint record, compete for the trophy and join the likes of ABBA, Celine Dion and Katrina & The Waves in Eurovision history. The only change from 2017 sees Russia return to the contest following their ban from the Kiev edition.

In this post, part two of my Eurovision reviews, I will be rating every entry to the 2018 contest and will also discuss their chances in the competition. Last week I wrote about the first half of semi-final one (which you can read here) and now it’s on to the remaining SF1 countries. Who will make the final and who will crash and burn? Here are my ratings.

Bulgaria’s revival since rejoining the contest in 2016 has been nothing short of astounding with two top five results in as many years. If they nail the staging and live performance then I think that run will continue. The music is modern but doesn’t take it down the obvious route, instead the song is atmospheric and other-wordly, which you can see in the music video. Bringing artists together to make a group for Eurovision is a risk but I can see this paying off.

Talking of horrible runs, Macedonia have only qualified once in their last ten appearances. They have had great chances with songs but never seem to put the performance together when it mattered. I fear that this will be another barren year for Macedonia. The song starts off decently but loses its way half way through and doesn’t feel coherent with different beats and tempo in parts. In my opinion this is weaker than last year and that struggled. I can’t see this qualifying.

Croatia may have got one of the best music videos in Eurovision 2018. It is dark, almost mystic and filled with drama. Sadly this feels completely at odds with this tepid entry with a chorus that fails to take off. I can see this on a film soundtrack, when the beat is played for a few seconds, but not on the stage in Lisbon. Franka seems fabulous and the music video is excellent but if they don’t bring something amazing to the staging, this is an instant goner.

Austria is bringing a classy ballad that oozes soul to the Eurovision party and for the most part it is successful. Occasionally it does edge into cheesy territory and becomes a bit run-of-the-mill. The artist has a great voice and I’m sure he can elevate the song in the live performance. Semi-Final 1 is going to be a bloodbath with so many favourites, leaving just a couple of qualification spots and I think that this is stronger than a lot of other male entries here. Expect this to get better scores in the jury vote and just scrape into the Grand Final.

After an extremely successful run in Eurovision, Greece has been on a poor run recently, missing the final for the first time ever in 2016 and scraping through to the final last year. They have gone back to basics with a female ballad sung in their native language and this is their highest quality entry for many years. The mystical and regional backing music creates an ethereal mood that ups the other-worldly nature of the song. Only one negative here for me; there isn’t much of a build in the studio version, which I hope can be rectified live in Lisbon. There are a few songs that have a similar quality in their semi-final, such as Bulgaria and Armenia, but I feel that with the help of neighbour Cyprus, this should do quite well, depending very much on the live performance.

Firstly, I have to go on record as saying I love Saara Aalto, discovering her in the 2016 Finnish National Final and then following her great run to 2nd in the X Factor UK in the same year. At the moment I think that the song is perfectly decent, the backing track stopping it from seeming too predictable. However, I really hope they up the ante for the stage show from the NF, which I wasn’t too happy about. There were so many different gimmicks and directions the song was being taken in, none completely effective. I am being so harsh because I know she is a match for anyone if the staging is right. It should make the final, but with such strong competition for those places, it all hinges on the staging for me.

As I have mentioned countless times, this semi-final is filled with strong competitors, so much so that some non-qualifiers will be better entries than some qualifiers of semi-final two. There will be a couple of countries who will just miss out and I feel like this year Armenia hasn’t brought their A-game. The song is a real slow burner, finally exploding in the last minute but not anywhere near like their 2014 entry. Even when it does come to life, it still feels flat and repetitive. Also, for anyone who has seen the NF performance, Sevak needs to ditch that Superman-esque body shell, it is very distracting and not in a good way.

Twelve months ago Switzerland had one of my favourite entries and blew it with the staging. Fast forward to this year and I feel like history is going to repeat itself. The song itself is a decent one, the aggressive tone to the vocals and the music gives it another dimension to further its message. However, when I saw the song live when it won the NF, it had lost some of that power and I can’t put my finger on why. Adding to that, the stage performance was pretty basic; I hope Switzerland can find some way to elevate that in Lisbon, even without LED screens. Sadly I can’t see this making the cut.

In 2017 Ireland sent a cute understated male ballad and didn’t do well at all. So what do they do this time? Yep, exactly the same, if even more understated. Look, there is some quality to the song in how genuine it is and the music video has to be applauded for featuring an LGBT love story as the centre focus. Plus, Ryan has a really sweet voice. But this is not the song to perform in a massive competition like Eurovision; it just feels so pedestrian in comparison to other ballads. I can see this going down really well in a bar or as the backing music for a film but this is going to be swallowed up, even performing second-to-last in the semi-final. 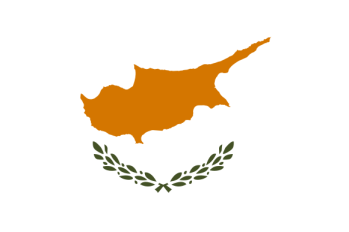 Closing this terrific semi-final is Cyprus, who could achieve their best result since 2004 with this modern and catchy tune. Eleni brings sass and sensuality to her performance in the music video and I’m sure something similar, plus a lot of pyro, could be a hit with the viewing audience in Lisbon. The modern nature of the song feels like a double-edged sword though; the backing track and vocals plod along without much difference. All of the power comes from the music video and as a result they need to put everything behind the staging in order to qualify. The presence of Greece in the semi-final should help as well.

That is all of the entrants of semi-final one reviewed.
Do you agree with my ratings?
Who do you think will win Eurovision 2018?

I’ll be back very soon to review the first nine songs competing in the second semi-final so stay tuned until then. You can subscribe to my blog to receive notifications on when I post. Until then, have a good weekend guys!