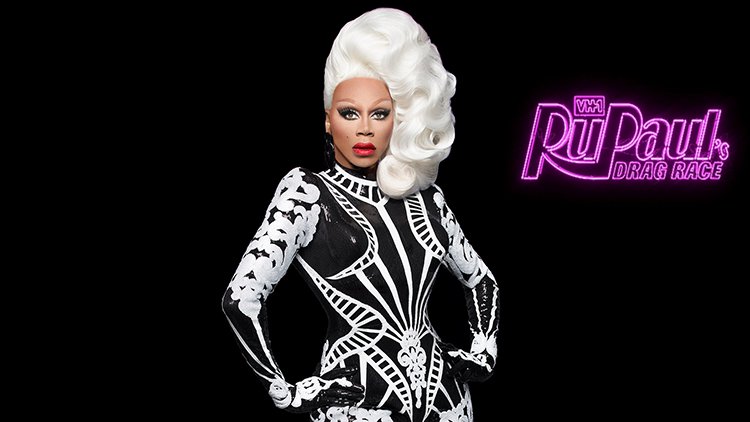 After the frankly disappointing end to the most recent season of All Stars, VH1 and Drag Race seem desperate to move on as quick as possible, with the premiere of Season 10 airing last night. Thirteen new queens (and one returnee) entered the werkroom, but only one can follow in the footsteps of Bianca Del Rio, Sharon Needles and Sasha Velour and be crowned as the next drag superstar.

While All Stars 3 was accused of creating too many twists, Season 10 appears, on the face of it, to be back to basics with a mini-challenge and a maxi-challenge that was a blast from the past.

Let’s start with the mini challenge. This episode was undoubtedly a very strong premiere, but this was perhaps the weakest element of the episode. Now that the producers have run out of ways to put the traditional photo shoot onto another level, it was replaced with a catwalk challenge viewed by many alumni of the show. Amongst these were several fan favourites and they didn’t disappoint with some catty, but memorable one liners. I also loved their cameos in the introduction to RuPaul appearing on the main stage. Less successful was the challenge itself; for the most part it was a million and one deathdrops and splits, which doesn’t really give much away as to the personality of the competing queens.

The main challenge this week saw the return of Drag On A Dime, which saw the queens make haute couture from nik-naks and unusual materials. This was last seen way back on the first season, on the very first challenge of the show; it was a great way to celebrate ten years of Drag Race. In general the looks turned out were more detailed and conceptual than the first time around, though I was in need of an aggressive yet detailed outfit in the vein of Nina Flowers; the majority were very clean in the presentation.

So, without further ado, I will evaluate how each queen fared in the opening episode, in the order of how well I felt they did:

Definitely the breakout star of this opening episode, along with Miz Cracker. Arriving in a gorgeous red velvet floor-length gown, she differentiated herself from a lot of the other entrance looks. Arguably she also deserved to win the mini-challenge when she successfully performed a cartwheel in said gown. Was understandably emotional when her great trash bag couture was acclaimed on the main stage; she had waited so long for this moment. After winning this first challenge, she has put herself in a great position to reach at least the final 4.

As soon as this queen walked in, we knew what she is about: beauty and crazy. She looked great in a blue dress and “a grapefruit on her head?” but after a sultry pose shouted “OKAY IT’S TIME FOR DINNERRRRRRR” (apparently a common catchphrase for her). Was accused in the first episode alone of copying fellow NYC queen Aquaria’s make-up, but her hamming it up as a tragic widow, alongside a strong outfit, deservedly gave her a spot on the top. The question now is whether she can continue this momentum or let this issue with Aquaria get to her.

Another star of the opening episode, Monique stormed into the werkroom with ultra-prepared lines (take note Blair St. Clair) and a sparkling personality. Her reaction to Miz Cracker’s name was one of the highlights of the episode. She should have been in the top three instead of Blair and Yuhua in this episode with her thought out playing-card couture and I hope this isn’t a sign that this fun queen won’t be around long enough to make a lasting impression with the judges.

Gliding into the werkroom in her Chinese get-up, complete with parasol, Yuhua quickly set herself up as a fan favourite with her sharp but fun sense of humour. She was given a spot in the top for her yellow caution-tape fringe dress, despite it being quite a safe look (elevated by Michelle Visage’s hilarious “Ankh Ankh” commentary). Maybe this is a sign that she goes relatively far in the competition though.

You could tell Blair is a Broadway queen from her entrance alone – I just wish she had found something to rhyme with “Clair” in her entrance song! Was incredibly cute with her interactions with the other queens and tried to rise above the drama in untucked; maybe a potential Miss Congeniality already? I see her in a similar position to Yuhua this week, having been placed in the top despite a relatively simple look. I am looking to see her show her performance skills in the coming weeks.

It’s hard to really know how Aquaria will do based on this opening episode. Coming into the premiere she had one of the biggest fan bases, along with Miz Cracker and Mayhem Miller. However, her entrance look wasn’t that impressive and for a fashion queen, her outfit was very conceptual but needed more to it. Being only safe puts a question against her name, especially when Cracker, who she accused of copying her style constantly, was named as one of the best of the week. My theory is that it will either go one of two ways: 1) she will receive the Aja edit and struggle at the start but redeem herself somewhat, or 2) her and Cracker will lip-sync at some point in the same vein as Coco vs Alyssa. For now though, I am inclining towards the former.

Describing herself as “like a Phoenix from the ashes”, Eureka made her return to the competition (having been eliminated through injury in S9) in an elaborate, yet slightly predictable Phoenix costume. She seemed happy to be back, but was feeling the pressure, knowing that she must rise to every challenge as a returning queen. Her main stage look was very cute but definitely safe. I was not a fan of the huge skirt and the large pink bow combination, which didn’t look particularly flattering. Everything else was fine though. She needs to make an impression early on though if she doesn’t want to go the way of Cynthia Lee Fontaine.

I have mixed feelings about this queen already. Tried to be different with entering as a sweeping janitor but that only increased potential comparisons with a previous winner of the show (who can be seen in this very episode doing the same thing). Won the mini-challenge for a series of death drops but was rightly named as safe for Drag On A Dime despite putting forward her case to be one of the tops in Untucked with a series of nonsensical connotations of various elements of her outfit.

Every season there is a queen who is given the ‘uncomfortable edit’ upon entering the werkroom. Last season that went to Jaymes Mansfield and this season it was The Vixen, whose combination of angry fighter entrance stance and other queens’ reactions to her going to “represent” Chicago left me wondering whether she will survive the episode. She eventually made it out in one piece and this was probably the right decision, but she will have to step her pussy up to get very far in the competition.

Dusty was another queen who I felt was hard done by in the opening episode’s critiques. She is definitely eccentric with her personality and style (especially that dotted make-up) but I felt like that made her an easy target with the judges, especially when a similar style from Blair St. Clair got praised. Whilst her look on the main stage was not top worthy, reminding me of Raja’s tin-man cocktail dress from Season 3, there were a couple of other people who I think did much worse and escaped.

Despite calling herself “the superstar of Dallas, Texas”, this was not really reflected in a cute, but plain white dress with fringe on the sleeves and being less of a presence compared to a lot of the other queens. Her main stage look was not great, essentially just too much stuff piled on top of each other that needed to be edited and as a result was lucky to get away with just being safe.

Another queen to put herself in a box, in Kameron’s case the “muscle queen” of the season. A few comments were made regarding her tightly muscled boy body but she showed very little personality besides that. In my opinion she was very lucky to avoid being in the bottom three with a boxy floral ensemble that featured astro-turf running across her tuck.

First of all, this queen has the best name of all this season! But it could have been over as soon as it began, despite receiving praise for her twerking skills and ass in her entrance and mini-challenge. Her look wasn’t terrible on the main stage, it was just very plain and poorly accessorised. Just when it looked like she was becoming Jaymes Mansfield 2.0, she pulled some money out of her bra and made it rain whilst doing the splits in the lip-sync, surviving another day. She may not be around much longer though, especially when her bitterness came out in Untucked when she tried to drag other contestants down.

I had such high hopes for Vanessa, with her made-for-TV personality and strong entrance look (minus the hair) making me root for her. Her position in the bottom two was probably deserved for making a floral dress without any real definition, save a cape. The problem is that she wasn’t the only one guilty of that but was the only one really punished. I felt like she could have won the lip-sync, even with Kalorie making it rain, but a combination of getting her shoe stuck in her cape and a messy routine sadly was her demise.

So what did you make of the premiere episode of Season 10 of RuPaul’s Drag Race?
Who did you feel did the best this week and what are your predictions for the upcoming weeks?
You can let me know your thoughts in the comments section below!