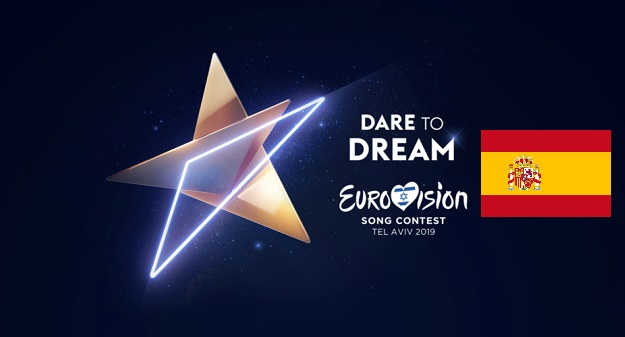 Hello everyone and welcome to another article on The Blogging DJ, where we will continue to preview each of the forty-one entrants competing in the Eurovision Song Contest 2019. Today we are off to Madrid, to analyse another of the ‘Big Five’ entries, Spain. They have been on a poor run in recent years in the competition; can Miki launch them up the leaderboard with his party song, “La Venda”?

As they did last year, the Spanish broadcaster RTVE selected the acts from the singing competition Operación Triunfo as the entrants for their national final. Unlike the previous times this format has been used, everyone who entered the academy could participate, not just those who made the final of this competition. Songwriters interested in submitting the demo versions of their songs could do so between the 1st and 15th of November 2018, including songwriters invited to participate in the contest. The entries were revealed on the 19th of December, with an online vote and an evaluation committee deciding which of the songs would progress to the live final. Miki won this show after receiving 34% of the total vote, thus progressing to the Grand Final in Eurovision 2019 as one of the ‘Big Five’ (countries who provide the most financial backing to the show). It has yet to be revealed in which half of the show Spain will perform in.

One of the catchiest and most lively songs at this year’s Eurovision Song Contest, the Spanish entry manages to fuse together modern instrumentals with traditional Spanish music into a dance track that will make you want to jump around, which I love. Part of the charm of this song is Miki himself, he oozes charisma and likeability. Honestly, the original version of the song had more energy surging through it, particularly when it was performed live in the national final. In making it more radio and jury friendly, they have lost a bit of that power and it contains the artist a bit more. This will be one of my favourite songs from this year’s contest no matter what and I will definitely download it, but I have worries about the live performance in May, especially with the new version of the song. 8.5

According to Oddschecker, you can currently get odds ranging from 50/1 to 100/1 on Spain winning the Eurovision Song Contest 2019, as well as odds of up to 5/2 on them making the top ten. This suggests that bookmakers see this entry as being somewhere in the midfield in the Grand Final, but it isn’t likely that they will win. However, it might be worth a punt on them making the top ten if you believe in the song enough.

Spain have competed in the Eurovision Song Contest on an impressive fifty-eight occasions since making their debut in 1961. Unbelievably, they have never missed a contest since then, through either choice or the contest rules. Also somewhat amazingly, they have won twice but not since 1969, when Salomé was one of the four entries who finished in a dead heat with “Vivo Cantando”. Their other win came in the previous year, 1968, thanks to Massiel and “La,la,la”. In recent years they have struggled, with a pair of tenth place finishes for Pastora Soler (2012) and Ruth Lorenzo (2014) the only times Spain have finished on the left side of the leaderboard in the last decade.

So what do you make of Spain’s entry at Eurovision 2019? Does Miki get you into the party spirit or will it continue the country’s miserable run in the contest? Let me know your thoughts in the comments section below, and stay tuned for more Eurovision preview posts being released in the weeks leading up to the contest!