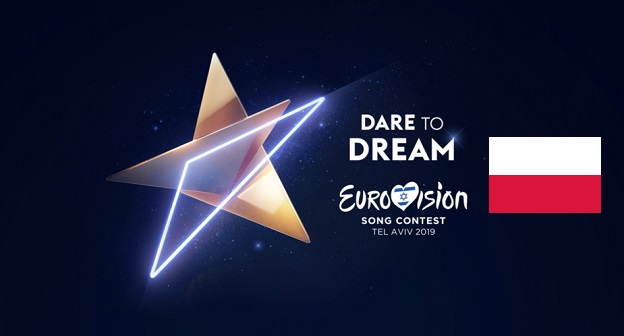 Hello everyone and welcome to another post on The Blogging DJ, where we will continue to look in-depth at each of the forty-one entrants competing in the Eurovision Song Contest 2019. Today we are off to Warsaw, to look at the Polish entry, “Fire of Love (Pali się)”, performed by the group Tulia.

After last year’s non-qualification, the Polish broadcaster TVP did not choose their entry through Krajowe Eliminacje, instead reverting to internally selecting their entry. The submission period for artists to submit their music opened on the 23rd of January and closed on the 5th of February. After an expert panel reviewed the submissions, “Fire of Love (Pali się)” was released to the public as the Polish entry on the 15th of February. It has also been announced that Poland will perform quite early on in semi-final one, in position number four.

I applaud the Polish broadcaster for sending something with more ethnical tones, after the “Slavic Girls” were very memorable in 2014. However, this does not set my spirits ablaze. It feels like three minutes of chanting with no subtleties or changes in the tone, tempo or volume. The English sections also feel unnecessary and awkwardly fitted in, not helped by the difficulty in differentiating it from the Polish in the loud vocals. I do feel like there is a place for more traditional music in Eurovision but this does nothing for me sadly. I wish them luck in Tel Aviv though. 5.5

According to Oddschecker, you can currently (as of 16/04/19) get odds ranging from 100/1 up to 250/1 on Poland winning the Eurovision Song Contest 2019. This suggests that bookmakers and betters see this song as being in a battle to get into the final couple of qualification spots in their semi-final, and might be worth a punt in the “To Qualify” category if you believe in the song enough.

Poland have competed in the Eurovision Song Contest on twenty-one occasions since making their debut in 1994, performing in the Grand Final in fourteen of those years. It was on their debut where they got their best ever result to date, a second place finish thanks to Edyta Górniak and her song “To nie ja!”. Last year, Poland chose the dance song “Light Me Up”, performed by DJ Gromee and featuring the Swedish singer Lukas Meijer. Unfortunately, Europe were not left illuminated by their efforts, leaving them in fourteenth place in their semi-final and out of the Grand Final for the first time since the 2011 contest.

So what do you make of the Polish entry? Will Tulia set Europe on fire with their performance? Let me know your thoughts in the comments section below! Stay tuned for more posts on The Blogging DJ by subscribing to my site to get notified via email as to when new articles come out. More Eurovision preview articles will be released in the weeks leading up to the contest, so don’t miss out!