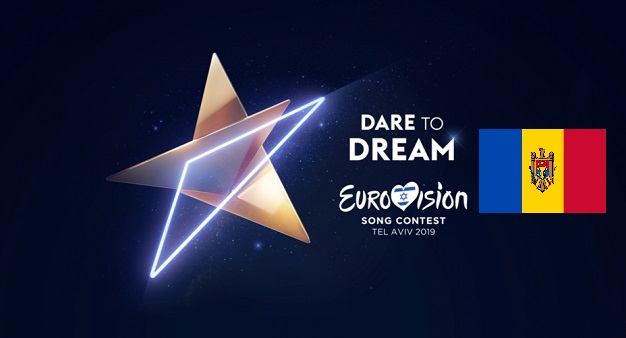 Hello and welcome to another post on The Blogging DJ. Today we will be continuing to look in-depth at each of the forty-one entrants competing in the Eurovision Song Contest 2019. We are well into the second half of this series now and in this post we are off to Chișinău, to analyse the Moldovan entry, Anna Odobescu and “Stay”.

As is tradition, the Moldovan broadcaster TRM organised a national selection to decide their entry for Eurovision 2019, called O melodie pentru Europa 2019. Twenty-eight songs competed in a live audition round, before they were whittled down to ten to compete in the Final. “Stay” dominated the jury vote and came second in the televoting to win the ticket to Tel Aviv for Anna Odobescu. It has also been announced that Moldova will perform quite early on in the second semi-final, in slot number three.

In a year filled with entries trying to stuff many elements into their songs at once, simplicity can really help you stand out. Moldova have chosen a song that is relatively simple, but what elements they do include they do it well. Anna has great control and feeling in her voice and allows the song to build to a great final note (including a guilty pleasure of mine, a key change). She is supported by several string instruments and a piano and they match her voice well. From looking at social media, a lot of people are hating on this. I think that it is nothing spectacularly different but it is very clean and fairly memorable. With Romania in their semi-final, I think this has a better chance at qualifying than is generally believed. 7.5

According to Oddschecker, you can currently get odds ranging from 200/1 to 350/1 on Moldova winning the Eurovision Song Contest. This is actually the second highest odds of any country this year and suggests that bookmakers have no faith in this song to progress to the Grand Final.

Moldova have entered the Eurovision Song Contest fourteen times since making their debut in 2005 and have appeared in the Grand Final in ten of those years, impressive statistics considering that for most years they qualified from the semi-finals. Their best finish came in 2017, where SunStroke Project (with the Epic Sax Guy) claimed a very impressive third place with their fun track “Hey Mamma”. Last year, another very fun performance elevated a dated song from DoReDoS into tenth position overall, their fourth top ten placing in the contest.

So what do you make of the Moldovan entry for Eurovision 2019? Will it help the country to “Stay” in the Grand Final? Let me know your thoughts in the comments section below and don’t forget to like and subscribe to get the latest on the posts on here. Stay tuned for more Eurovision related posts in the coming weeks, with a big favourite being reviewed very soon!