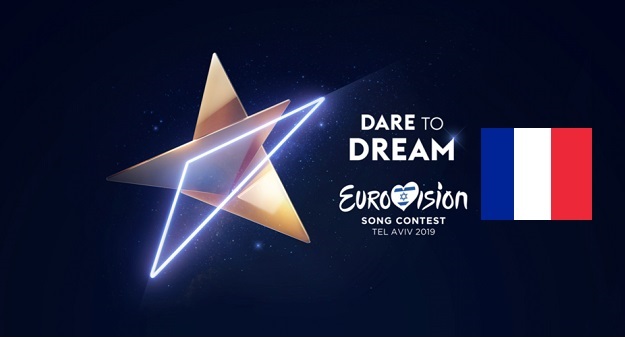 Hello everyone and welcome to The Blogging DJ for another Eurovision preview post. Today I will be continuing to look in-depth at each of the forty-one entries competing in the Eurovision Song Contest 2019. In this post, I am off to Paris, to look at the first automatic qualifier of this series, France, this year represented by Bilal Hassani and “Roi”.

For the second year in a row, the French broadcaster France 2 have organised a national selection to decide their entry. Eighteen acts were announced, with the top eight progressing through two semi-finals to the Grand Final, which took place on the 26th of January 2019. Bilal only came fifth in the jury vote but completely annihilated the other acts in the televote, thus winning the ticket to Tel Aviv.

When I reviewed this for the first time as part of the Destination Eurovision preview, I saw great merit in the song’s inspirational message, yet felt that it carried the song instead of the latter speaking for itself. After I watched the performance in the National Final, those fears were dimmed, as the staging allowed the singer to show how personal and emotional the song was to them. For me, it still lacks the big ‘Moment’ required to attract many jury members or voters, unless you are a fan of Bilal’s personal story or the song prior to the contest. On the flip side, with so many songs going down the manufactured route in this year’s contest, this very message could help it stand out. 8

According to Oddschecker, you can get odds ranging from 28/1 to 66/1 on France winning Eurovision this year. This suggests that bookmakers and betters see this song as getting a credible result in the Grand Final, but is unlikely to challenge for victory at this stage.

France have competed in Eurovision an incredible sixty-one times, having taken part in the very first contest in 1956 and only missed two editions of the show in its history. Being one of the Big Five, who provide the biggest financial supplement to the contest, they automatically qualify for the Grand Final. They have won five times, though mostly in the early years, 1958, 1960, 1962 and 1969, but not since 1977 with Marie Myriam and “L’oiseau et l’enfant”. Last year, Madame Monsieur claimed thirteenth place with “Mercy”.

So what are your thoughts on the French entry? Is it shining bright for you? Let me know in the comments section below and don’t forget to subscribe so you don’t miss a post! Stay tuned for more Eurovision preview posts in the coming weeks, including the country I am reviewing next, Georgia.