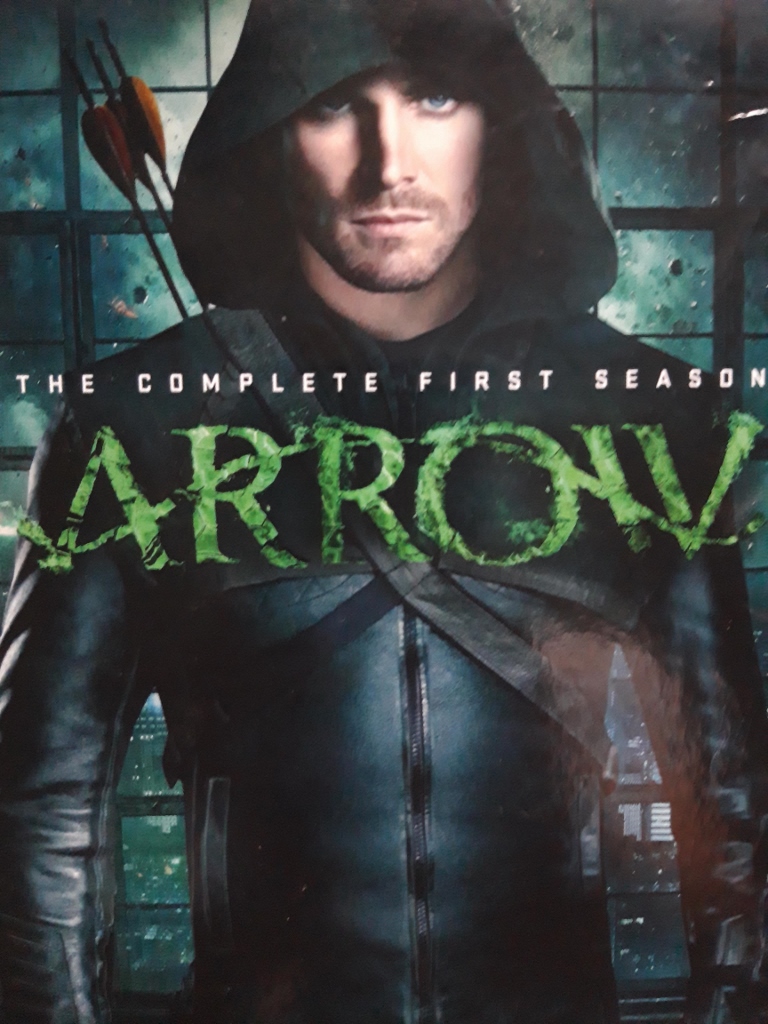 People close to me know that I love to binge on a TV series; once I get properly into it, I can ride through a whole season in barely any time at all. Recently I have been racing through the hit CW series Arrow, the starting block for the recent small-screen revival of the DC universe. I have just finished the first two seasons of the show and now it’s time to compare them on various elements including plot, characterisation and the general feel of each episode.

*Please note that this review will contain spoilers*

As with many TV shows, season 1 started off with a small-scale focus. Oliver Queen, having spent five years in a hellish environment away from Starling City, was handed a list by his father before his death. On it was a list of names of people who were corrupting and destroying the city. I must admit that the format of the early episodes allows viewers to get a taste of the gritty nature of the series and see the characters’ motivations and personalities. However, the flipside is that the narrative of each episode became extremely repetitive and, despite alternating the names on the list with genuine DC comic book villains, most of these were killed off in the same episode, with many coming across as two-dimensional. A larger threat was predictably lurking under the surface and, despite an explosive finale, there was never a strong sense that Oliver was out of his depth against this villain. The standout scene of this season is the death scene of a main character and the acting of those involved in that.

Season 2 is ultimately far more successful in putting together a strong narrative and antagonist. The writers are more confident in the mood of the episodes and how the main characters would interact with each other. Whilst my criticism of Season 1 was that it didn’t really go far enough, Season 2 keeps piling on the emotional and dramatic material until viewers get the sense that Oliver and his friends are facing a threat to the city that seems an almost impossible task to defeat, which makes their ultimate victory even better. There are several shock twists and deaths along the way, including another of the starring cast, which brought actual tears to my eyes, but maybe a couple too many were killed off without completely exploring their full potential.

A prominent feature of Arrow is the use of flashback scenes, that intertwine with the present day action in Starling City, which allow the viewers to see what horrors befell Oliver Queen in his time on the remote island he was trapped on. In Season 1, we are introduced to supporting cast members that become extremely relevant in Season 2, but like the main narrative, the flashbacks aren’t really the most powerful, featuring a powerful man who wants to take down planes flying overhead with his private army. Instead, time is spent to allow the viewers to get to know the group who Oliver meets on the island and we can see him starting to make the slow transformation from a scared rich playboy to the vigilante character. Ultimately it is quite isolated from the action in the present day, which creates a sharp contrast that isn’t complimentary.

Comparing that to Season 2, the writers have a better idea of where they want to take the characters and far more seems to happen in these series of flashbacks than just walking backwards and forwards in a forest. There is an actual drive to these characters, a item to find that directly impacts on the present day action, and a change in a major player’s personality that sends him over the edge and into protagonist territory, though it is far from the black and white villainy that can be seen in many of the season 1 episodes in particular. In short, the writers have got the hang of these flashback segments, however I hope that they don’t become repetitive in seasons to come.

The first half of Season 1 was spent building up Team Arrow and characters were slowly being introduced, such as the hugely popular Felicity Smoke, who was arguably a supporting character up until the mid-point. The inclusion of John Diggle, an original character not based off someone from the comic book series, made for a good addition to the cast since he was not from the same race or social background as the Queen family and his associates. The other characters, to be completely honest, felt more like plot points than actual 3D characters a lot of the time, with Oliver’s mother involved in the kidnapping of her fiancee and the destruction of the city. His ex-girlfriend Laurel Lance (another alliterated character!) is involved with his best friend and I found this whole love triangle plot a bit of a annoyance that slowed the pace of episodes down.

The characterisation was another thing that was improved upon greatly in Season 2. Diggle and Smoke were given more dimensions, including love interests and conflicting feelings that clashed with Oliver. A couple of episodes acted as a two-parter backdoor pilot to the spin-off series The Flash, and its protagonist, Barry Allen, was decent enough to make me excited for what that series holds. The Lance family was strengthened by the revelation that Laurel’s sister Sara survived the same boat crash that left Oliver stranded on the island and has also become a vigilante. It was fun to see Team Arrow properly assemble and I can see it only growing in the years to come. The remaining members of the Queen family, Thea (sister) and Moira (mother), went through a big emotional journey that culminated in the emotional death of a main character. Though this also occurred in the first season, the build up and subsequent fallout was written really well and the excellent acting helped to make the conclusion extremely satisfying.

Overall, I really enjoyed watching the first couple of seasons of Arrow. The show is definitely one that I will continue with as I am excited to see where the DC universe comes next. Up next: Season 3 of Arrow and Season 1 of The Flash.
So what did you make of the first couple of seasons of Arrow? Did it leave you excited for future DC TV series? You can let me know your views in the comments section below.