It’s that time of year again people, when the extravagant circus that is the Eurovision Song Contest flies onto televisions across Europe and beyond. This year the contest will be held in Lisbon, following Portugal’s first ever win at the contest with Salvador Sobral and “Amar Pelos Dois”. The 2018 edition sees forty-three countries, a joint record, compete for the trophy and join the likes of ABBA, Celine Dion and Katrina & The Waves in Eurovision history. The only change from 2017 sees Russia return to the contest following their ban from the Kiev edition.

In this post, the fourth of five, I will be rating the last nine songs from the second semi-final of Eurovision 2018 and judging their chances in the contest. You can see the official videos on the Eurovision YouTube channel by clicking on the song titles. Without further ado, it’s on to the reviews. 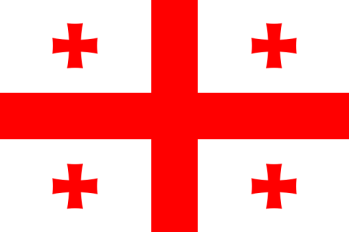 Salvador’s victory last year has paved the way for several countries to choose acts and songs with roots deep in their ethnicity and culture; one of these countries is Georgia. Even though the official name of the band is a bit of a mouthful, the song is anything but. Sung entirely in Georgian, the choral harmonies and peaceful melody means this definitely stands out amongst screaming divas and powerful rock entries, even if it’s not really my cup of tea. There is nothing to say that this won’t qualify but the closest entry I can find to theirs is Croatia 2013, which struggled. This has a better quality to it but I’m not sure whether this has the universal appeal required to do well in the televote especially; it’s going to be touch and go as to whether this makes the Grand Final. 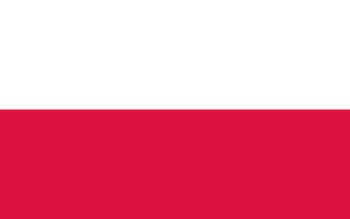 As a greater portion of the music industry is transferring to the genre of dance and house, this influence can be seen in several of the Eurovision entries. In 2017 Norway finished in the top ten with a modern dance hit with quality; Poland has tried to replicate that success and, in my opinion, has failed. Nothing seems to connect with me in this entry, the singer’s voice feels too rough to compliment the dance beats. The worst part for me is the chorus; if you take away the fancy EDM interlude and underlying beat, the lyrics feel cheap and, dare I say it, dated. The studio version is better since there is more support for the vocalist but this falls flat live. It may qualify since the song has a lot of fans for its modern flavour but it’s not for me. 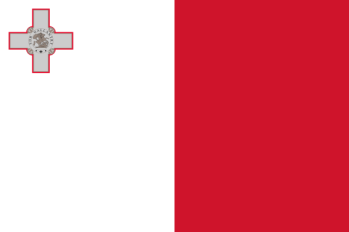 As a side note, this song has one of the best accompanying music videos in the contest, combining elements from the likes of The Hunger Games and Mad Max to create a believable post-apocalyptic world. The song is about breaking the taboo of mental health and as a whole, doesn’t do too badly. It has a memorable chorus that comes alive in a stadium setting, as it did in the National Final, if it is all a bit by-the-numbers. The staging was very effective in the NF and I hope they don’t change too much for Lisbon. Malta has a very hit-and-miss record in the contest and, in a weaker semi-final, is right on the boundary between qualifying and missing out.

With many countries going towards the genre of dance for their entries, Hungary stands out by giving viewers something completely different – metal. The first minute passes by relatively tamely and then absolutely explodes, the lead vocalist unleashing all of his power and emotion into the song. The genre isn’t my cup of tea but I think that the passion and energy makes for a great stage show. Some people will immediately be turned off by this, others will love it for what it brings. With the people in between these extremes, such as myself, I think that they will appreciate such an entry and I can see this doing a lot better than expected, especially with the jury votes. 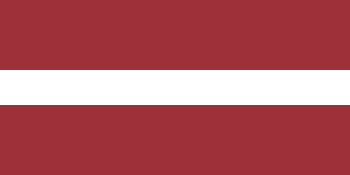 If we discount last year’s torrid result, we can see a pattern in dramatic minimalist music when it comes to Latvia: Aminata, Justs and now Laura. The heavy beats and music is definitely the strongest part of the package; it sounds like it will be on an advert for an erotic murder mystery show. I don’t think this is as strong as 2015 or 2016 because of the song, in particular the chorus. I can see the direction that they are aiming for but, much like Franka from Croatia, it doesn’t really go anywhere. If this was to go to the final it needs an effective staging that ensnares the viewer because I can’t see this progressing with jury support alone.

For the last few years, this contest has been dominated by Sweden, or should I say the Swedish music industry. Various countries are still approaching Swedish songwriters and producers to collaborate on their entries. Personally I feel that it is starting to take a toll on Sweden in the last couple of years in that, despite good final positions, the general feeling seems to be that the songs are starting to feel samey. The public seem to like 2018’s effort a lot more but I can’t see much besides being a slick production. Personally the song sounds very similar to what is in the charts, which isn’t a bad thing, but lacks that memorability or earworm quality that a lot of them have. That, combined with a lack of a build, means this isn’t for me. It’ll still come near the top though.

As a Eurovision fan, you have to deal with the fact that a lot of the songs you like aren’t shared with the wider Eurovision fan base. I think this song is elegant, dramatic and true to their genre. Unlike the messy effort from Serbia, this feels far more genuine to the ‘Balkan Ballad’ that we have seen so many times in the contest, and that is perhaps one of its problems. Nearly every year we have a male performing a song like this and they are all starting to blend together. Even if this brings together all of the elements expected on stage in Lisbon, this may not have the overall support to get through.

Another country that tried to go down the modern route in the hunt for success but is let down in the execution. I like the general structure of the song, from the verses, to the pre-chorus, which is the best part of the song by far, to dropping into a dance beat. The major issue I have is with that house instrumental section. I think they were aiming for something that would rouse the audience and get everyone on the dance floor, but I feel like all of the energy gets sapped out of the room when this comes on. Even the stiff choreographed dance moves Lea and the backing dancers do during this section feels forced and laboured. I like the concept and build up far more than the actual execution.

This song has gone under the radar for me until a couple of weeks ago, when I fell in love with it. Mélovin’s live vocals are pretty sensational, striking the right balance between rough and pleasant to my ears and the song builds in all of the right places, including a bridge where he sits and plays on his piano. Critics might say that this is all a bit expected for Eurovision and that the contest should be reflecting the modern day music (ie: house). Personally, this wouldn’t sound out of place in a 2018 UK concert or on the charts, whilst not going down the obvious EDM route. I’m not sure if this will go as well as I hope but I wish him all the best for Lisbon.

So what do you think? Do you agree with my predictions? And who is your pick for Eurovision glory?

You can let me know your thoughts in the comments section below, and I’ll see you very soon for Part Five, when I review the six countries already qualified for the Grand Final.