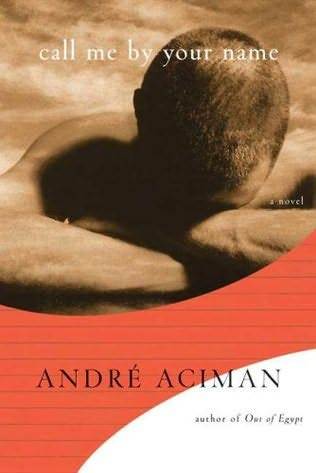 Publishing Info: 2009 by Atlantic Books (originally published in 2007 by Farrar, Straus and Giroux)

Call Me By Your Name tells the story of a sudden and
powerful romance that blooms between seventeen-
year-old Elio and his father’s house guest Oliver over
the course of a restless summer on the Italian Riviera.
Currents of obsession and fear, fascination and desire
threaten to overwhelm the lovers, who at first feign
indifference to the charge between them. What ensues
is a romance of scarcely six weeks’ duration, yet an
experience that will mark them for a lifetime. For what
Elio and Oliver discover on the Riviera, and again during
a sultry evening in Rome, is the one thing they both already
fear they may never truly find again: total intimacy.

The story of a summer romance that stays with the protagonists across future decades, Call Me By Your Name is a beautifully written novel that teaches readers the enduring sensation of first love.

I was first drawn into this novel by watching the trailer of the upcoming film adaptation, starring Armie Hammer and Timothée Chalamet as the two protagonists. The stunning Italian landscapes and the unmistakeable chemistry between the two leads have made it one that I will definitely watch upon release in the cinema. Before then, I wanted to check out the source material to see whether it is as memorable as other works of gay fiction I have recently read. I can say without a shadow of a doubt that this is just as, if not more, impactful.

As with the trailer, the glorious setting frames the romance well. It appeals to my massive desire to travel to Italy for its cultural richness and especially for its picturesque landscapes. One of the biggest strengths of this novel is how Aciman creates a fully realised world with Elio’s home village on the Italian Riviera. As he and Oliver travel from place to place on their bicycles, his descriptions and my imagination combined to produce a paradise. This sensation that I felt with regards to the setting also allowed me to view the central romance as also being a paradise.

The character of Elio is very well realised, combining the inability a seventeen-year-old has to fully express his feelings and desires with his reaction to his first obsessive love. His subsequent sexual behaviours should be seen as a way for him to fully express this sensation rather than weird, which it can appear at first glance. As for Oliver, the readers are given far less as to how he is feeling, since Elio narrates and Oliver is branded as “shy”. This is consistent with the overall nature of the novel and how Elio’s coming-of-age storyline combines with the connection the two have, to the point where they see themselves in each other (one meaning of Call Me By Your Name). The two are likeable as protagonists whilst not being represented as completely perfect individuals that are hard to identify with. Being a reader who can relate to the emotions of the pair, the effect is one of satisfaction for the realistic arc of the narrative and the portrayal of their love.

The final section can throw certain readers, as the majority of the novel is placed in the centre of their developing romance. The final speech of Elio’s father is extremely powerful and compliments the following passing of time. He speaks of only being able to give your heart away once and as the two protagonists try to resume their lives after the summer together, they find that the feelings are still present and very hard to get away from. Being in my early twenties, I found this sensation eye-opening and though older readers would be able to identify with this more, I thought that it provided the perfect ending to the coming-of-age narrative with Elio (and Oliver, to a certain extent).

Aciman’s debut novel is a brilliantly beautiful portrayal of enduring love and has further increased my excitement to view the film adaptation, going by the material seen in the trailer. I can tell already that the waterworks will be in full force come the close of the film.