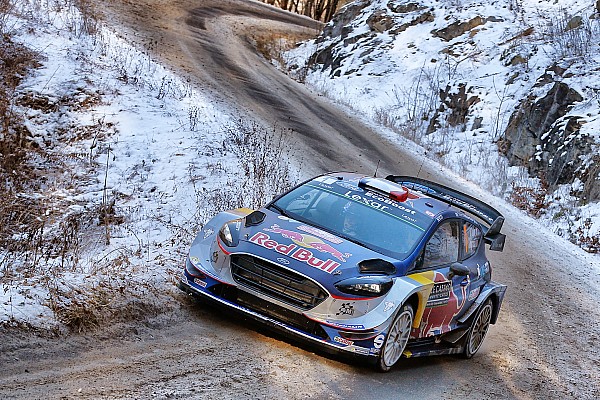 Sebastien Ogier sent a serious message to his competitors that he was still the one to beat after victory in one of the most iconic rallies on the WRC calendar, the Monte Carlo Rally.

The top tier of rallying has gone under a serious revision of technical rules and seat changes for 2017. An increase in engine power, combined with lighter cars and new aerodynamic aids, means the cars are the fastest since the Group B days. The other big story is that Volkswagen, champions for the last four years, withdrew from the main WRC scene. This led to several big changes in driver line ups, with Ogier joining M-Sport and Andreas Mikkelsen being left without a drive. Jari-Matti Latvala headed the Toyota team, which was making a return to the WRC after a 16 year absence. Citroen were also back as a factory team with the C3 WRC. All in all, it promises to be one of the most open seasons for a while.

The reigning World Champion didn’t have the smoothest start to the rally though, with a visit to a ditch costing him forty seconds. It was Hyundai’s Thierry Neuville who set the early pace though and a consistently fast day gave him a forty-five second lead at the close of the day. Citroen’s Kris Meeke was the closest man to him after Ogier’s problems but on stage 4 he hit a bank and broke the suspension. Juho Hanninen was impressing in the new Toyota but on the very next stage he hit a tree and was forced to retire from the day from a promising third overall. This all left Ott Tanak in second but he couldn’t hold off a charging Ogier and dropped behind his team-mate on the last stage of the day. All of the action was overshadowed by a crash involving Hayden Paddon’s Hyundai and a spectator, who was later pronounced dead in hospital. As a mark of respect Paddon’s car was withdrawn from the rally.

The second day saw Neuville adopt a no-risk approach, with the gap to the chasing pack being maintained. But rallying can be a cruel sport sometimes and on stage 13 his suspension broke. He managed to fix it but lost half an hour and his dreams of winning had gone. Ogier had moments of his own, most notably sliding wide into a field, but his lead was forty-seven seconds after power-steering and gearbox woes affected Tanak’s Fiesta. Behind the two M-Sport cars, Latvala was on course for a podium in Toyota’s first event back and had a comfortable gap to a cautious Craig Breen. Neuville’s team-mate Dani Sordo dropped behind the Irishman after breaking his power steering. After finding the black ice of day one too much to handle, Elfyn Evans set three stage wins on his way to sixth overall. Hanninen dropped more time with a puncture on stage 13 but at least he was still in the rally; electrical problems cost Meeke twenty-four minutes before an accident on the way back to service put him out of his misery.

The final day was made up of only three stages including the Power Stage, which for 2017 was giving out 5 to 1 points for the five quickest drivers. Ogier took no risks at all and dropped two minutes on the final test but still had a massive margin over the second place man, who ended up being Latvala. More engine problems for Tanak saw him lose second place, then faced losing more places if it weren’t for a massive effort on the Power Stage in falling snow and tricky conditions. He held on to third ahead of Sordo, who re-took fourth from Breen by twelve seconds. Evans took sixth ahead of Andreas Mikkelsen, who had dropped down to the WRC-2 category, in which he victorious by over three minutes from Jan Kopecky. Stephane Lefebvre took ninth overall and second on the Power Stage after clutch problems on the opening day, with Bryan Bouffier claiming the last WRC point and a podium in WRC-2. Class winner of WRC-3 and 19th overall was Frenchman Rafael Astier in a Peugeot 208. Neuville finished the rally in 15th overall but won the Power Stage by half a minute, securing the maximum bonus of five Championship points. 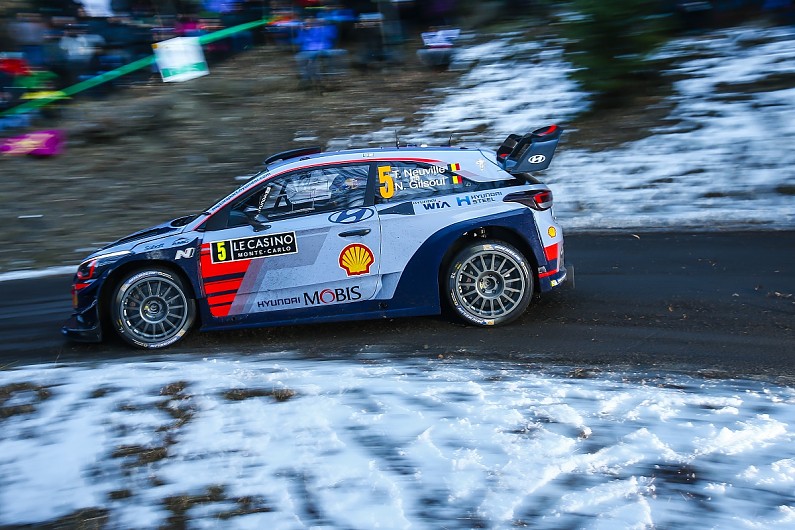 On the Pace: Neuville was on course to win before breaking his supension on stage 13.

Joy-ota: Latvala gave them a podium on their first rally since 2000.

The next rally on the WRC calendar is another iconic rally that pits the crews against snow and ice in sub-zero temperatures. It is Rally Sweden and it takes place in a couple of weeks, from the 9th to the 12th of February. Can anyone stop Sebastien Ogier this year? Tune in then to find out.