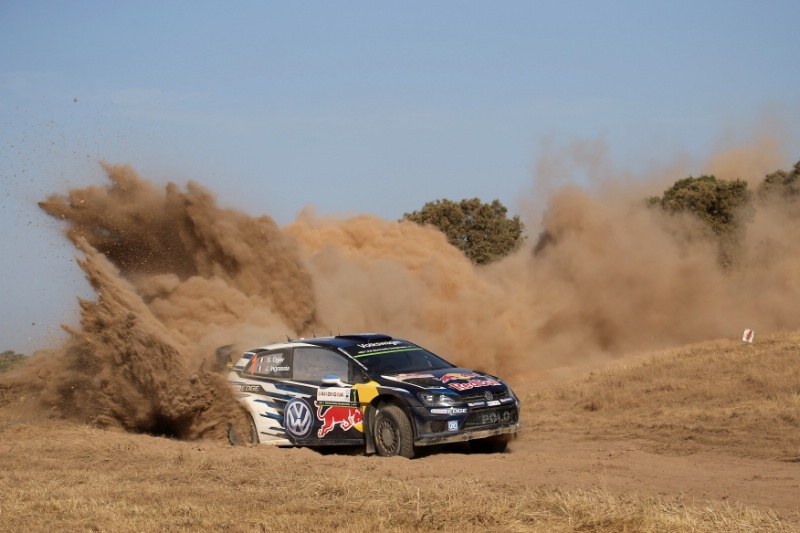 The sixth round of the 2015 FIA World Rally Championship took place on the Italian dirt of Rally Italia Sardegna. Based around the town of Alghero, it saw the crews tackle 23 special stages on sweeping gravel roads that have traditionally caused mayhem for the drivers and this year was no exception. As many cars came unstuck on the stages, it was the reigning World Champion Sebastien Ogier who dominated in his Volkswagen and in doing so consolidated his already comfortable Championship lead. His winning margin at the end was over three minutes from the surprise of the weekend, Hayden Paddon in the Hyundai i20, whilst Thierry Neuville made it a good weekend for the Korean team by claiming the final podium place.

The first day of action showed how much of an advantage it is to be running further down the running order on gravel rallies as Paddon shot to the top of the timesheets. The Kiwi was delighted with how grippy his tyres were on the slippery surface and ended the day with a margin of just under 9 seconds over the pack. After a slightly difficult morning on the first run through the stages, Ogier was able to push hard in the afternoon to be in a very good position for the second day. Ogier’s team-mate Jari-Matti Latvala was right in the thick of the battle but slipped slightly back as the day wore on to finish 17 seconds behind Ogier. Ott Tanak was once again the leading Ford Fiesta in 4th place, but some way back from the leading trio. His team-mate Elfyn Evans was down in 10th meanwhile after breaking a driveshaft. At least he was still running though; the likes of Dani Sordo, Robert Kubica, Andreas Mikkelsen in the third Volkswagen and Kris Meeke were all unable to finish the day’s stages.

Day two was the longest of the rally, featuring 212km of competitive action including two runs through the 42km monster Monte Lerno stage. Perhaps surprising to some, Paddon maintained his lead for most of the day in what was fast becoming his most impressive WRC event to date. However it all went wrong for the Hyundai driver at the end of the day; a spin was quickly followed by gearbox and drivetrain problems, meaning he had to limp through the final stage of day two, losing him over two minutes to Ogier. The Frenchman was therefore left at the top of the field with a margin of nearly two and a half minutes. Latvala was also in trouble as broken suspension dropped him down to 6th place at the close. Taking his podium place was Mads Ostberg in the Citroen, who had a margin of half a minute over Neuville despite a puncture on the re-run of Monte Lerno. Evans moved up to fifth as many of the WRC crews dropped out, including team-mate Tanak, who was forced out with gearbox failure. In fact, only around half of the whole field made it to the end of the day, showing how tough and treacherous these stages could be. 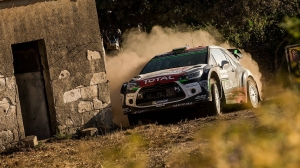 The final day was made up of just four stages, including the televised Power Stage, but there was still potential for the leading cars to slip up. Ogier continued to fly through the stages despite having a massive lead and added the cherry to his brilliant weekend by taking the maximum three points on the Power Stage. Paddon backed completely off to achieve his best finish to date in the WRC but there was final day agony for Ostberg as a small off seriously damaged the car, causing him to limp home to the finish, dropping to 5th in the process. That left Neuville to gain the podium place, his first since Sweden, ahead of Evans. Behind Latvala in 6th, the high attrition of the rally allowed drivers with lower-spec cars to take points. Ukrainian Yuriy Protasov combined victory in WRC 2 with 7th overall, just 5.6 seconds ahead of local driver Paolo Andreucci. Jan Kopecky, in the new Skoda Fabia R5 car, took ninth ahead of Khalid Al-Qassimi in a WRC-spec Citroen DS3.

Behind the top three in WRC 2, several high-profile crews were forced to retire on the final day, like Yazeed Al-Rahji, Karl Kruuda and Bernardo Sousa, which allowed other drivers to gain points. It was a Qatar 4-5 with Abdulaziz Al-Kuwari just fending off his more experienced countryman Nasser Al-Attiyah, who hangs on to his Championship lead in that category. Another veteran, Armin Kremer, finished sixth ahead of Nicholas Fuchs, Eric Camilli, Esapekka Lappi and Valeriy Gorban completed the top ten. WRC 3 featured four drivers, all of which experienced problems in the rally, but it was Finnish driver Teemu Suninen who won ahead of a trio of Italians in the shape of Andrea Crugnola, Fabio Andolfi and Giuseppe Testa. It is still Norwegian Ole Christian Veiby who leads the series, with Crugnola and Suninen moving up to third and fourth respectively. 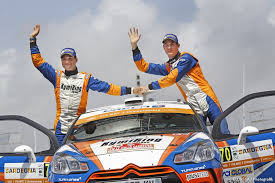 Ogier’s victory meant that he now has nearly double the points of the second-placed driver in the Championship, which shows how utterly dominant he has been in the first half of the 2015 WRC season. The next couple of rallies move from the demanding Italian roads to the sweeping fast stages of Poland and Finland, where speed, not endurance, will decide the winner.

WRC Drivers’ Championship after Round 6

WRC Manufacturers’ Championship after Round 6