This year’s Eurovision Song Contest will be upon us in a matter of weeks and, following Conchita Wurst’s victory in Copenhagen with ‘Rise Like a Phoenix’, the contest will take place in Vienna, Austria. Forty countries will take part in the annual singing competition, which celebrates its 60th anniversary in 2015. This year sees returns for Cyprus, Serbia and the Czech Republic, with Ukraine withdrawing for financial reasons. Also, as part of the anniversary, Australia, who are huge supporters of the contest, have been awarded a one-off guest invitation, meaning Eurovision will be bigger than ever before!

In this post, the final part, I will finish counting down my personal top 40 of this year’s contest and also will judge the chances of each of the competing nations. This part focuses on positions 10-1. Don’t forget that this is my own personal opinion and not affiliated with any other organisation (I’ve always wanted to write that!)

Spain has experienced a mini renaissance in the past couple of years, achieving two top 10 places in 2012 and 2014. This year they chose singer Edurne (girlfriend of Manchester United goalkeeper David de Gea) with a song that has immediately captured the attention of Eurovision die-hard fans. The infectious “EE-e-EE-e-o” brings the song to life and the music video is definitely one of the most epic in the contest. What I worry about slightly is Edurne’s live vocals; the first live performance of the song attracted some criticism for its poor staging and production values. I am also not as crazy about this as some people are, but I feel that it could still reach the top ten if it is memorable enough in the final. 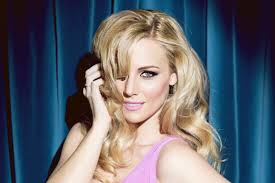 This song has soared up my personal rankings following the rehearsals of the semi-finals. Before I considered the song good but not really standing out but it has been a revelation for me. Loic’s live vocals are stunning and the stage presentation is interesting with the abstract dance performance (check that out live). Despite criticism that it is copying the style of singers such as Lorde, I think that this stands out amongst the other ballads with its infectious beat and having lyrics that aren’t clichéd. In spite of this, I worry that this song may be too left-field for Eurovision but I hope it makes the left hand side of the leader board, at the very least. 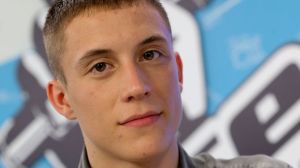 In contrast to Belgium soaring up and becoming one of my favourites, their neighbours, the Netherlands, have been slowly falling down on my rankings. Trijntje Oosterhuis (what a name!) has a brilliant voice, which you would expect as a judge on the Dutch version of The Voice, and the song is a light and breezy affair that is easy to listen to. The problem really lies at around the two minute mark, where the repetitiveness of “Why-ey-ey-ey” slowly starts to become an annoyance. It is unfortunate because I like the song, but looking at the reaction from many Eurovision fans, they seem less than impressed and doubt it will reach the final. If this will make the final, I don’t think it is popular enough with the masses to escape the last few positions. 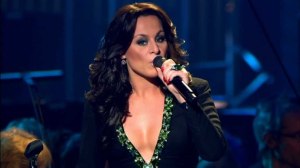 Sometimes countries in Eurovision change elements of the winning song in their national final to make it more appealing; Albania decided to get rid of the old song altogether. Elhaida Dani won the national final with “Diell” but it was deemed a complete mess despite Elhaida’s brilliant voice. Therefore a new song was made that contains elements of RnB and instantly became a fan favourite as it is a well-produced song that also showcases the singer’s wonderful range. However this once again is another song that may have had its true popularity hidden, for on the other hand it is another ballad that may actually struggle on the night to qualify, which is a shame given this is a highly classy attempt. Albania has one of the worst recent records in Eurovision, having only qualified twice in the last six years and not making the cut since 2012. I hope that this year will be their time to reach the top 10 again. 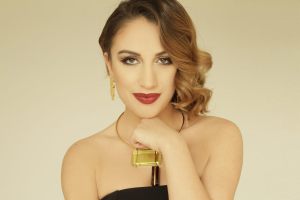 This year is highly unusual in that there are two songs with the exact same name; Georgia shares its title with Malta’s song, but I think that Nina Sublatti of Georgia is the slightly stronger ‘warrior’ in this competition. Another song that has benefitted from a revamp, Nina belts her heart out and makes everyone else stop and listen; the sheer power of her vocals is something to be admired. In the music video there are female warriors from various times and places and it really is a great video. I’m not sure how it is going to work live but I’m sure the power of the song and Nina’s charisma will be enough to see it reach a relatively strong placing. 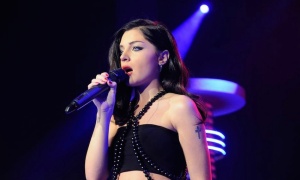 The bookies favourite for this year is Sweden, who has picked an Avicii-like number performed by Mans Zelmerlow. This was an overwhelming success at their national selection, as it broke the record for the largest gap between it and the second placed song. There are many elements of this song that are brilliant; the animation in the background featuring a man with a hat, which will be in Eurovision despite claims of plagiarism, and the verses are so well put together. The song just feels so professional and Mans to his credit has a great voice as well. The only slight downside for me is the chorus; after verses that are effective and eloquent, it kind of feels a bit flat when compared. Nonetheless this deserves to be towards the top of the leader board but will it win? To be honest I’m not really sure, but a great song anyway. 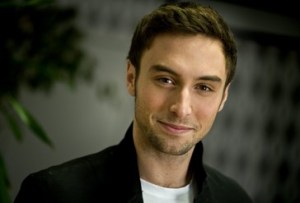 Easily possessing the worst recent record in Eurovision is Latvia, who hasn’t made the final of the contest since 2008, probably due in part to some horrible songs. This year though is their best chance to reach that all elusive final, with Aminata Savadogo’s minimalist yet very modern song. In the year of the ballad, this is the one that seems to be the most experimental of the lot. Aminata’s powerful and piercing vocal is supported by a beat that fully highlights the singer’s incredible voice. Some have accused this song of being too boring and left-field for Eurovision but I really think that this could be the dark horse of the contest and if she gets her vocal spot on, this could be incredible. 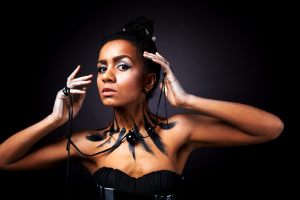 I have a feeling that Russia could challenge for the win this year. A statement that many will criticise, given Russia’s popularity in Western Europe is at a low point and the song is one Cheddar short of a cheese fest. However, when this song was first unveiled, I found myself singing along; the lyrics are cheesy, yes, but also memorable. Polina Gagarina also has a great voice and she makes the most of it, especially at the two minute mark. I think this will score very highly with the international juries that make up 50% of a country’s vote but it will come down to how much the public will support this song that will decide how well it does. 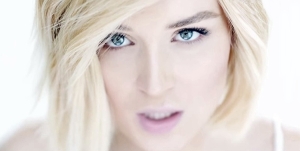 Some may find it unusual that I have decided to fill my top two of Eurovision 2015 with songs that don’t contain a single word of English, but like France, this entry gives me goosebumps like no other. The sheer operatic power of the three male leads is somewhat astounding considering their age and the song develops really well up until its conclusion. What makes it second and not first is that it didn’t have the emotional connection with me that France does so well. Nonetheless it is one of the favourites to win and I can see why, I wouldn’t be surprised if we go to Rome in 2016. 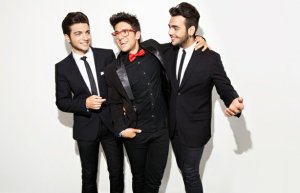 If there are any die-hard Eurovision fans reading this ranking, you may be surprised by France being placed at the top. To be honest, I think this is a beautiful ballad full of emotion, drama and the right key change that isn’t too showy. The whole song is entirely in French, which is actually quite a beautiful language when you get it right, as the songwriters have done here. This song is inspired by France’s invasion in WWII and Lisa Angell tells us never to forget what has happened. When you translate the lyrics you realise how incredibly moving and personal they are: “I am here tonight/ In the middle of these ruins/ To talk to you about hope/ And to sing life.” After the first rehearsal it seems that people are starting to agree with me, and their background for the live performance is probably one of the most beautiful of all time. I am praying that this does much better than their previous few efforts have done. In the 60th anniversary of Eurovision, it is somewhat fitting that a traditional French ballad is as beautiful as this. 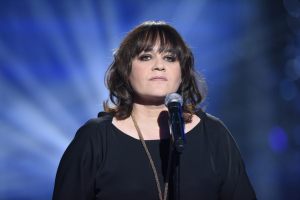 What do you think guys? Do you agree with my opinions and if not, who would you put at the top of the rankings? And who do you think is going to win the 2015 Eurovision Song Contest?

You can tell me in the comments section below!