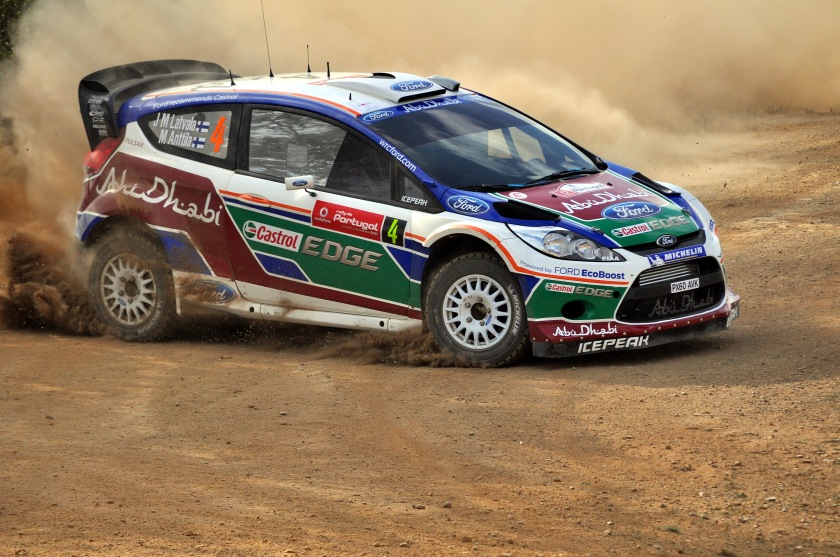 In this series of posts I will be revealing what things mean a lot to me, whether they are interests or the people around me, so that you guys will be able to learn more about the person that I am. I am a huge sports fan, which goes without saying; however my passion for one particular type of sport has remained since probably the age of 6. That of course is motorsport, whether it is Rallying, Formula One, Touring Cars or Moto GP, I enjoy the thrill that motorsport brings from the close racing or the atmosphere from the fans.

The first time that my eyes were opened to the world of motorsport, was in January 2002 at the age of 6, when the TV turned on to the World Rally Championship (WRC) from Monte Carlo. From that point onwards, I was a strong follower of the sport, even in my tender years. I just simply enjoyed the fast paced action and exciting battles. Still to this day I remain a firm fan of WRC, though must admit no broadcaster has done a better job than the Channel 4 produced shows from 2002-3, the first seasons I watched. I have also counted myself extremely lucky to have stood feet away from WRC cars haring along the forest stages of Rally GB, not once, but on four separate occasions, one of which I stood literally feet away from the legend that was Colin McRae.

As I got older I became exposed to different forms of motorsport, which also led me to want to compete in karting more often. However, dreams as children hardly ever become a reality, and motorsport is too expensive for ordinary families to sustain, so it never occurred. But I still occasionally go to karting centres, and actually did my Year 10 work experience at one, which I can only describe as simply brilliant even if I did crash the kart whilst there as a marshal! My excuse was that it was a wet track, which it was, but the true reason is that I love being on the limit in one of those machines.

As the years went by though and it became more difficult to go to motorsport events, I reverted to an avid TV viewer of motorsport, and even though they try and make it as dramatic as possible, it is nothing compared to being at an event, with the air horns going off, the smell of the exhaust fumes and the buzz of the crowd; these can’t be replicated through the small screen. Currently I watch Formula One, WRC, British Touring Cars and sometimes Moto GP, and maybe if another form of motorsport is on then I would watch it, but being solely a TV viewer of motorsport is not enough anymore.

So what will the future hold? I honestly can’t answer that, however there are a few things that I am going to add to my bucket list that are motorsport-related. One of them is to visit at least one grand prix and one more WRC event, another is to see the Goodwood Festival of Speed. However, from an early age I have always aspired to take part in motorsport events, so money provided, my ultimate dream would be to take part in a rallying event, even if it is just in a national championship, cause that eager 6 year old watching the TV is waiting to burst out again.