As another year draws to a conclusion, I find myself looking back on the past twelve months with fondness. Although my life is like an episode of Hollyoaks (without the murders), there have been moments that I will remember for a while yet in a positive light. So without further ado, here is my top three moments of 2014. 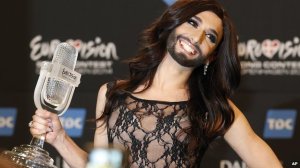 For those who don’t know I am a huge fan of the Eurovision Song Contest, which unfortunately is seen in Britain as a bit of a joke. Much like our entries in the past few years then, except a couple.

This year the contest took place in Denmark and in a final featuring 26 songs, with many of them high quality, the winner was announced as drag queen Conchita Wurst representing Austria.

In my opinion she was the right winner on the night with her terrific vocals matched only by the powerfully simple staging. However, her win marked a turning point for LGBT rights in Europe with many countries who traditionally aren’t in favour of the LGBT community awarding her points. Her win suggests that the future is going to be a brighter place.

So in the words of Conchita herself – “We are unstoppable”. 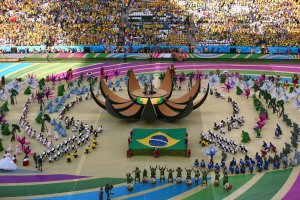 As someone who enjoys watching and taking part in various sports, this year was a gem for terrific sporting events and the moments they produced.

At the start of the year (feels so long ago) was the Winter Olympics, which Team GB did better than usual in. However it also showcased the amazing talents of sportspeople over the world in the disciplines of figure skating and snowboarding, to name a couple.

Then in the middle of the year was the World Cup and regular visitors on my blog will know that I followed the majority of the matches and wrote match reports. Football is a sport that is a passion of mine (see Life Passions #2) and there were fantastic goals aplenty, as well as several controversial moments. But all in all Brazil did a good job at producing a high-quality international tournament and we’ll have to see whether Russia can do just as good a job in 2018.

Finally, last night the BBC Sports Personality of the year winner was announced as F1 driver Lewis Hamilton, who won his second World Championship this year. But personally I enjoy events that showcase the best of British sport as some sportspeople do not get the recognition they deserve and to just make the shortlist is a huge achievement.

So fingers crossed that 2015 can continue the good trend and give us even more sporting moments to savour for a lifetime.

1) University and Finding Myself 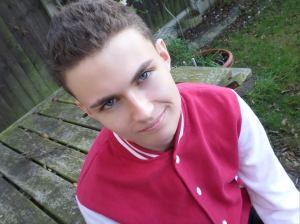 The biggest thing that happened in 2014 from my eyes was my journey to the person I am today in the last twelve months. At the start of the year I was unsure as to who I was, and was torn between being the person I should be, and who I really am.

In the space of a year though I have grown as a person, developed a Marmite-like personality, been in relationships that have left me stronger. And now I find myself not caring about whether people gossip behind my back. I literally feel like a whole new person, and I’m happy with who I am.

Adding to this though is starting a new stage in my life at university, where I have the independence I have craved for years. I now have to be responsible for everything that I do, and I am glad of it. At university I have had the opportunity to meet so many lovely people at societies and sporting events. I now have a radio show on the student radio station and next year will hopefully start writing for the student newspaper.

2014 has produced some great moments, but also has changed me as a person for the better. However I hope that 2015 is less of a roller-coaster ride, but still just as fabulous!